Saturday - our first full day since we arrived from Australia.

Not an auspicious night! but I did manage to get a couple of 3 hour stretches which is an improvement! MJ was doing a great line in farm yard imitations. But she assured me with some passion that I was doing the same earlier in the morning! But it’s an improvement.

Come 10.10 I was informed that the bus into the city was going at 10.35 following a throw away remark about it being such a cracker of a day that perhaps we should take the ferry across to one of the islands! At 10.40 we were still waiting for the bus which duel arrived and whisked us off to downtown Seattle. It still pains and slightly unnerves me to walk past so many damaged people: but none are threatening. Although later we met a delightful lady who told of how a gun fight between two drug gangs had occurred near a bus stand she uses! We were also blown away by the very loud conversation of a young lady as we walked along 5th who was telling her interlocutor at the other end of her mobile conversation that they “really need to look at their finances you know. We’re spending too much on heroin, cocaine, crack and mixing with the wrong people who want to sell it too us” She then went on to list several physical complaints associated with withdrawing from opiate addiction at which point we both changed up a gear and moved on as quickly as we could..
We found the ferry terminal and boarded our ship. It was massive! In the summer months this place must really hummmmm. But we had ample space and were be-friended by an ex Liverpuddlian who recounted much great information about Seattle interspersed with her life story. She was a gem and greatly appreciated.
Arriving at Bainbridge Island we were de-camped into a different world. Beautiful, quiet, blissfully scenic and I suspect amazingly and indulgently wealthy too. But we dined by sourcing salads at the well stocked local supermarket and picnicking by the shoreline by ourselves. Then we took a long glorious walk along the waterline where we saw eagles soaring, butterflies enjoying the first spring sunshine, skimmed stones over placid waters and saw a nimble man standing one-legged upon a log. 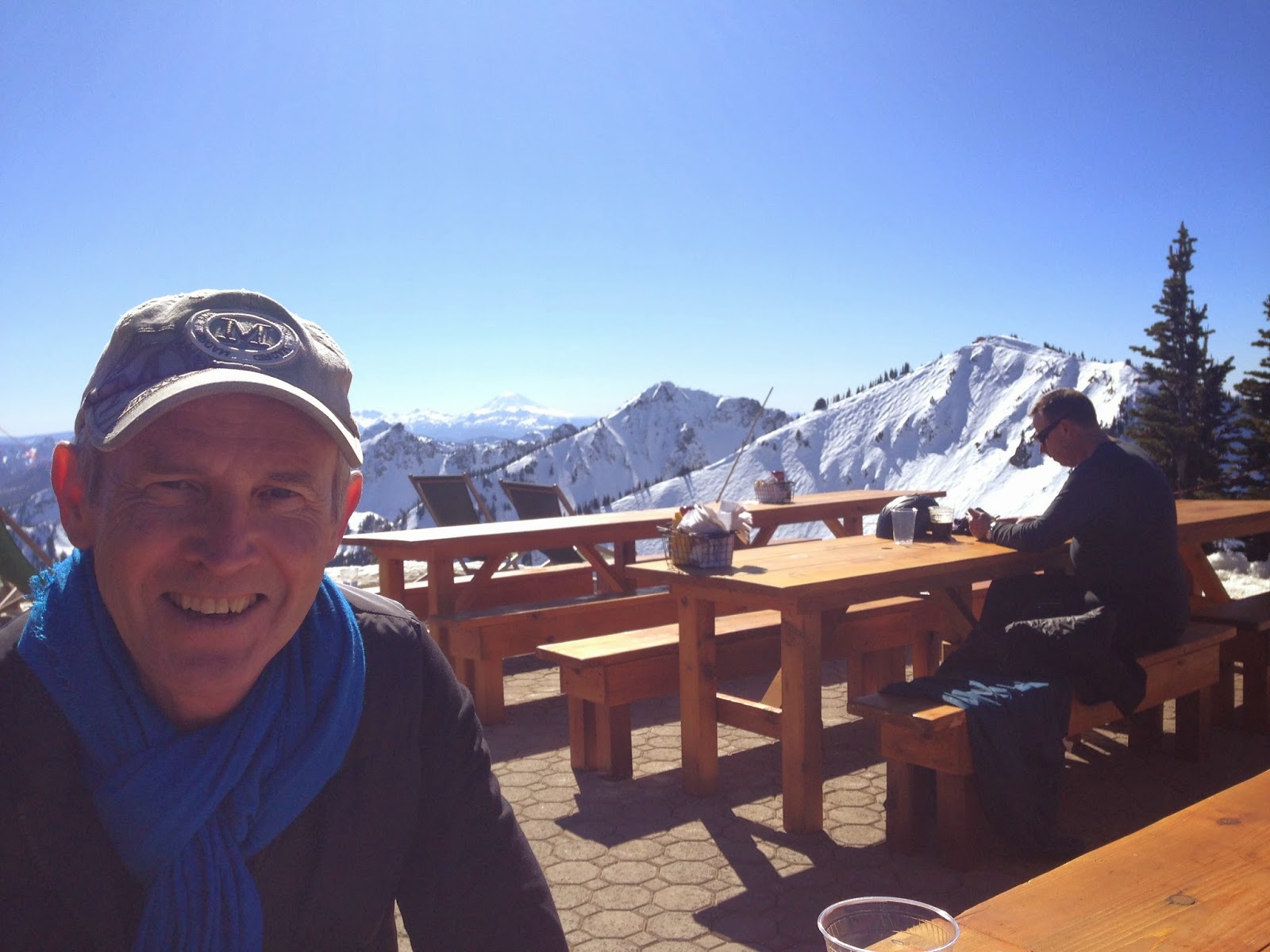 On our way back we decided that picnicking was for us so we entered the local thrift shop (definitely at the high end of that spectrum) and purchased a very nice backpack with which to build our picnicking resources.
Finally we boarded our vessel back to Seattle and watched Mt Rainer float gloriously above the horizon bathed in it’s snowy white mantle.
Back through the city, onto the bus to be whisked back to Kirkland and home sweet home.
Some day. Some memories. Some start to a great vacation.
Ampersands & angle brackets need to be encoded.Follow @DrDJsScript